The first of Cromer's stations was built for the East Norfolk Railway line, which arrived in 1877. It was eventually known as Cromer High - it was only when Cromer Beach was opened 10 years later that it was necessary to distinguish between the two stations but the 'High' was not formally added until 1948. A map exists - see right - which indicates that at one point the East Norfolk Railway considered running a line to Aylsham that then ran on to Cromer, with a separate line running from Norwich to North Walsham, but that was not the route eventually chosen.

Services on the line were run by the Great Eastern Railway from the outset and it was not long before the Great Eastern Railway owned the company completely. It is likely that, for 1883, they were able to encourage, perhaps by providing a free ticket, the Daily Telegraph's travel writer to make his journey to Cromer, the result of which was Clement Scott's series of articles on 'Poppyland' The substantial development of the area then raced ahead, no doubt as the company and its shareholders wished.

Graphic artist James Mindham has created a picture from a 3D model, shown below. 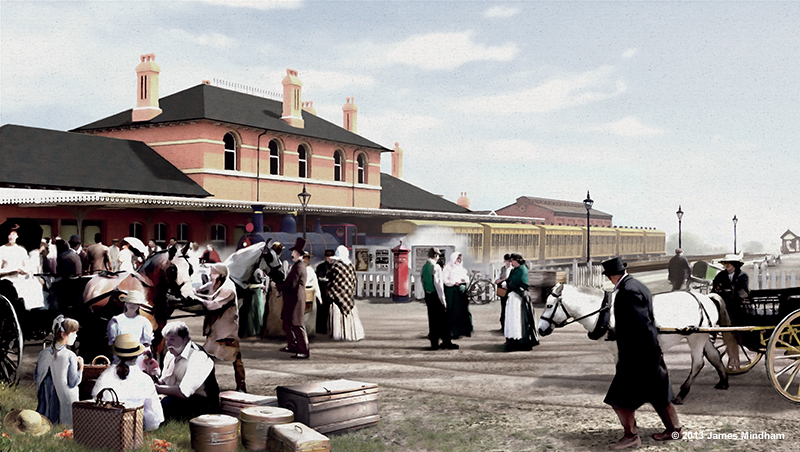